As the biggest scale and most widely influential solar power and photovoltaic exhibition held on 18th,November,2021,  this exhibition would be finished in 3 days later. There are nearly 1,000 suppliers and manufacturers took part in this huge exhibition and meanwhile will absorb about 20,000 purchasers or buyers to look for the solar power product including the solar wire and cable here. JZD Wire&Cable as Top 3 solar wire and cable manufacturer in China also had been invited to take part in this exhibition, finally a customer from The Netherlands(owns a office in Guangzhou) and a customer from India(his office established in Shanghai) both decided to order 6mm solar cable and signed the contract with us in exhibition scene, the total amount reach at 100,000 dollars, when we knew this news, the whole office staff in our company started to scream and felt so excited and our boss Mr.Lin announced that definitely will treat us with a fancy dinner once exhibition ended and come back company. 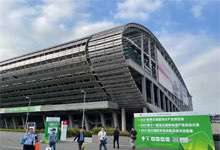 Our product introduction impressed The Netherlands customer so much at the first glance, Mr Lin discussed with him deeply and knew he was searching for 6mm solar cable everywhere, until now, he didn’t find a suitable manufacturer, cause he always has the strict require on the product quality, before he had visit nearly 20 manufacturers, but no except he lost in such bitter search, Mr Lin got the trouble he was facing right now and our product and sample touched him and finally 2 hours later Mr. Arjen signed the contract total amount FOB nearly 85,000 dollars, those 6mm solar cable will be shipped to the Rotterdam Port in 3 months later. 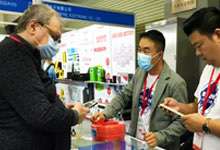 Compared to Mr. Arjen, the India customer Mr.Vinu has different situations, he was seeking to change his supplier for 6mm solar cable. In India. The solar panel industry has becoming more and bigger and local persons are actively installing the solar panel device. Mr.Vinu is one of Top 10 solar cable distributor in whole India. About 1 year ago, his procurement manager found a supplier and signed the contact, however constantly the there were many product problem, now Mr.Vinu is seeking to find a more reliable supplier in China.Mr Lin was listening to him seriously  and introduce our products to him and took the several examples to him and convinced Mr. Vinu  eventually and Mr. Vinu decided to order some goods firstly the total amount nearly 15,000 dollars, those 6mm solar cable will be shipped to the Bombay Port in 5 months later. 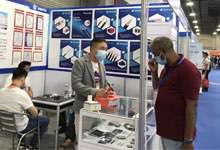 Looking forward to promoting our 6mm solar cable and THHN cable and other cables to more and more countries and  expanding to more bigger market and believe our products will be popular all over the world in short time later.

Royal Cord For The Clark International Airport In The Philippines